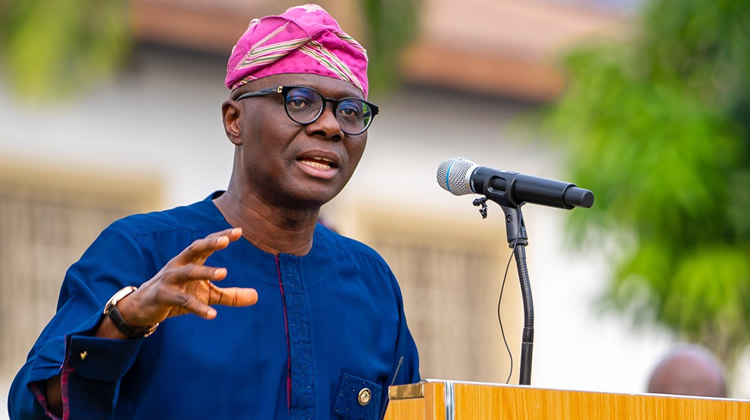 The Lagos State Government has ordered the closure of public and private schools in the state indefinitely.

This was announced in a press statement by the state’s Head of Public Affairs, Ministry of Education, Kayode Abayomi, on Monday.

The statement was titled, ‘Lagos directs students to stay at home’.

It quoted the Commissioner for Education, Mrs Folasade Adefisayo, as saying that the schools were shut down over “tension generated by the anti-SARS protests.”

The PUNCH reports that academic activities were affected in some schools in the state on Monday as protests against police brutality and bad governance continue.

The statement read in part, “The Lagos State Government has directed all pupils/students in public and private schools to stay at home following the tension generated by the anti-SARS protests.

“A new date of resumption for all classes will be announced as soon as possible.”

Adefisayo added that “the safety of the pupils/students, parents and all staff working in schools is paramount at this critical period”.

She however advised parents to “keep an eye on their wards and not allow them to be used as willing tools in the hands of those who might want to hijack the protests to unleash mayhem on the society”.

The Commissioner also encouraged schools to “utilise other means of distance teaching and learning i.e radio, television and online media as they have been doing during and post the recent COVID-19 lockdown”.

Potasfield Schools is a Co-Educational Christian School that has a passion to model virtues in purity, intergrity and we open up new ways of making an impact in the world that we live in. It is located in the Heart of Festac Town.

Potasfield Schools … Working together with God in Shaping Destines through the Power of Knowledge.

2022. All Rights Reserved
We use cookies on our website to give you the most relevant experience by remembering your preferences and repeat visits. By clicking “Accept All”, you consent to the use of ALL the cookies. However, you may visit "Cookie Settings" to provide a controlled consent.
Cookie SettingsAccept All
Manage consent

This website uses cookies to improve your experience while you navigate through the website. Out of these cookies, the cookies that are categorized as necessary are stored on your browser as they are essential for the working of basic functionalities of the website. We also use third-party cookies that help us analyze and understand how you use this website. These cookies will be stored in your browser only with your consent. You also have the option to opt-out of these cookies. But opting out of some of these cookies may have an effect on your browsing experience.
Necessary Always Enabled
Necessary cookies are absolutely essential for the website to function properly. This category only includes cookies that ensures basic functionalities and security features of the website. These cookies do not store any personal information.
Non-necessary
Any cookies that may not be particularly necessary for the website to function and is used specifically to collect user personal data via analytics, ads, other embedded contents are termed as non-necessary cookies. It is mandatory to procure user consent prior to running these cookies on your website.
SAVE & ACCEPT